I can now ride a bike further than I can run. I can say this because I rode the Chilly Hilly, a 33-mile ride around Bainbridge Island, this weekend, which is further than I have ever run. Or ever biked.
Seven-year-old Z calls the ride the Chilly Willy, which seemed apt as we were waiting to disembark from the Seattle-Bainbridge ferry at 8:30 on a cold, gray Sunday morning. I expect there were lots of them around me. 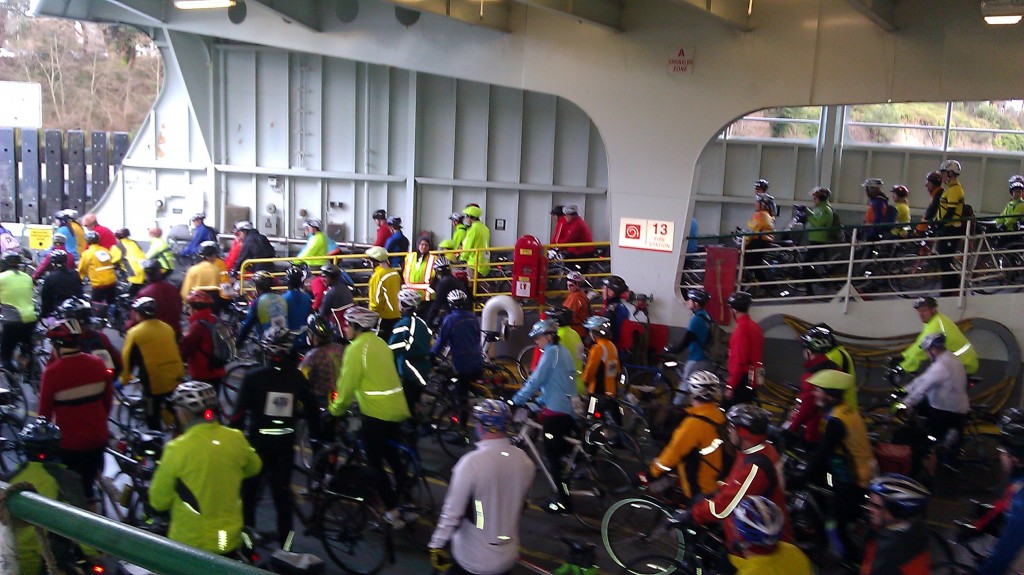 Before the ride, a friend wondered why I was doing it. She was skiing for the weekend and the cold Seattle rain meant lovely snow in the mountains. “You have the wrong idea,” she said.
I didn’t agree. I was thrilled to ride off that ferry, surrounded by hundreds of bicyclists like swarms of hornets in their bright yellow jackets. A handful of years ago, I watched my partner ride off that ferry and head off around the island. At the time, I was covered in babies and toddlers. I could only watch from the sidelines as he went off on a bicycle adventure.
This year, finally, it was my turn.
A woman on the ferry asked me, with some concern, if I were riding by myself.
“Happily,” I told her. “Blissfully.” 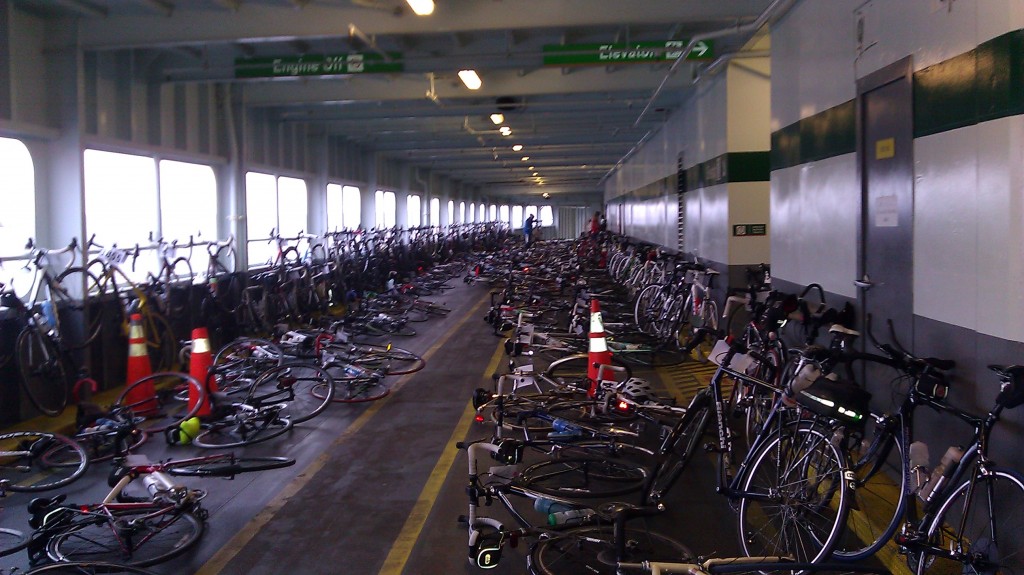 Where did I park my bike?

I sometimes coach my clients — particularly my women clients — about being greedy, about doing things for themselves. I like the word “greedy”: it’s so verboten, so selfish. We’re never supposed to be greedy.
This ride was a big bite of greedy.
Like a running race, the beginning was the hardest. I worried about how far I had to go;  I worried about the upcoming hills, all 2,675 feet of them. And then we turned a corner and there was a stretch of Sound in front of me and I was happy to my core to be right there, doing just that.
So I stopped to take a picture. 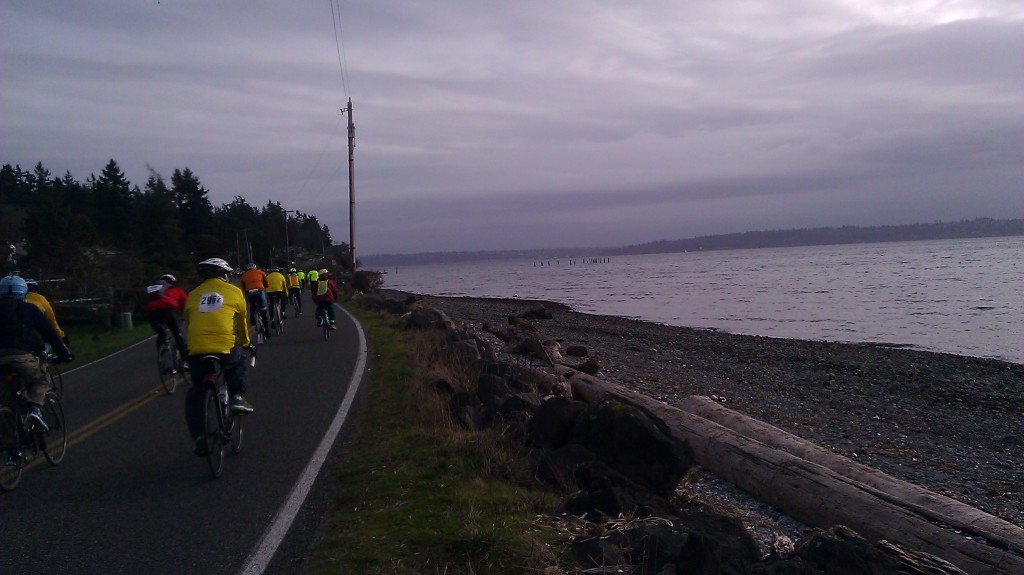 Three hills stand out post-ride; the rest have already faded into a dreamy blur of ups and downs.
The first big hill was somewhere in the first half and I rode my hardest, damned if I was going to stop and walk like the other wusses on the side of the road. I spun my way slowly upwards, periodically checking to see if somehow I’d missed a lower gear. Once I finally got to the top, I forgot all about recovery — taking a rest, stripping off a layer, or taking a drink — on the glorious downhill.
We rounded a curve and suddenly, abruptly there was a sharp, short uphill. My legs were still shaking from that last hill, riders were dropping off to walk all around me, and I wavered weakly, unclipped, and trudged to the top of the hill. I hate walking. I hate writing that I walked.
The third big hill was the dreaded Baker Hill. I kept hearing references to it along the ride. The cops on traffic duty joked how they like to hang out at the bottom of Baker Hill to watch the cyclists’ eyes bug out when they round the curve and see it stretching above them. My imagination was way worse than the reality: it was just a big hill.
I got to the top working really hard. When I work hard, I breathe hard.  I’m not moaning or being weird, I’m just breathing hard. I noticed that I couldn’t hear any of the bikers climbing around me, and it seemed like I was getting sidelong glances. I wonder if that’s some kind of cultural difference between runners and bikers? If I’d been less tired, I might have been self conscious of my heavy breathing, but as it was I didn’t give a shit. And I didn’t walk.
I texted my partner at mile 25: “8 miles to go. Feeling great.”
At mile 30 I was sad the ride was almost over. And then two big hills in the last mile convinced me it was time to go home.
What is mystifying to me is how to do 100 miles, two days in a row for the STP. Thirty-three miles was long; I took a nap for the rest of the day. How in the world am I going to do that three times in one day, and then get up the next morning and do it again?
I guess figuring that out is part of the adventure.